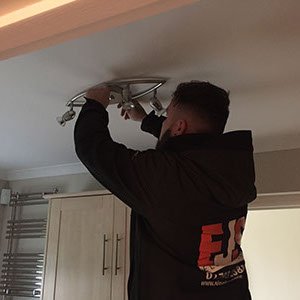 Does your home need to Smart?

If Smart Devices are not what you need, they could well be what you want. Smart devices are definitely the future. Here’s a round-up of gadgets you might need/want to install.

There are countless other devices out there to discover too, from smart plugs, to coffee machines and smart toothbrushes.

If you need professional help installing your devices and you’re local, we are EJS Electricals, Swindon Electricians. Give us a call. 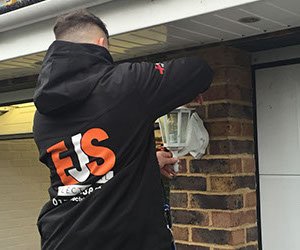 What can you do at home?

Carrying out your own electrical work at home can cut corners, but at what cost? Safety is an obvious issue. Electricity is extremely dangerous. It can kill. But there can often be a greater financial cost later on in rectifying a bodged DIY job that could have been avoided if a professional electrician had been hired in the first instance.

Be reassured that if you’re looking for professional electricians in Swindon, we are always on hand.

A lot of people are happy replacing a faulty fuse in a plug. It’s a straightforward job, but you should never interfere with the actual plug socket. If your sockets have experienced some form of damage, you need to call a professional.

The more ambitious might try their hand at smaller projects such as installing light switches and light fittings, wall lights etc.; jobs that you might think too expensive to have done by an electrician. But often it’s the case that an electrician is called out to fix a simple job turned into a nightmare. To rectify faulty wiring that has been caused by the homeowner attempting to carry out the job themselves, damaged light fittings, damaged cables and switches. And in some cases electrical accessories have been known to catch on fire.

If you are working on home improvements, you may want to look at replacing the electrics in your house. This needs to be carried out safely and you should seek advice from an electrician. If you’re seeking it from electricians in Swindon, do give us a call.

We are often called by homeowners who have carried out repairs asking for us to certificate their own electrical work. Unfortunately we can’t do it. The work needs to be carried out by a professional from the outset.

If you want the job done quickly and properly, look no further than EJS for professional electricians in Swindon.